Toy photo blog Stuck In Plastic sometimes issue challenges to us who read (and occasionally write for) it, and in March the challenge was to do a Project. (Spoiler: I failed.)

I stared thinking: what story could I tell with three photos?

Without an immediate creative spark I just walked into my friendly local LEGO store and asked what I should to buy. My selection criteria were simple: Something they had overstocked, and that had at least one female minifigure (because: representation). I walked out of there with set 70592-- 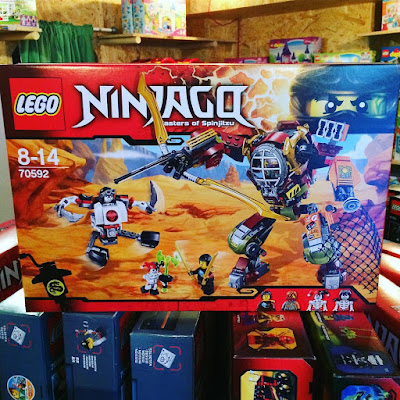 I'm impressed by toy photographers who document as they build (like @jvanholder's Ghostbusters HQ), and not only finished sets, so I wanted my introduction to be about the build. The cliffhanger would be an action shot. One that's going somewhere.

But how does the story end? It had to be an ending, not a sequel setup, so I'm thinking victory or death. It was coming together now: I will do Birth and Death of a Mech. No P or S in there though, as required, but I'll work it in somehow. (Wouldn't be the first time a project is reined in to meet requirements after it got off track.)

I shot the story in sequence. I built part of the mech for the first shot. Then finished it and played around with some close-ups for the second. The last shot needed to be on the ground so I took it to the forest not far from my house for some spring greens and sunlight.

The next day I had some time to do color adjustments and crop the photos for Instagram. I was done. All I needed now was that title.

And that was a month ago. As is the fate of some projects, this one stalled. Always other things needed to be done first. So time passed, and now here we are. The store is done, as is the title, since yesterday.

There will always be a next project, so never miss an opportunity to learn from each one you finish. From this I've got three key takeaways:
So here it is, my story: Prime Salvaged - Birth and Death of a Mech 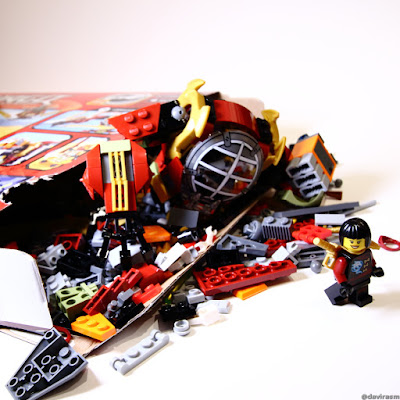 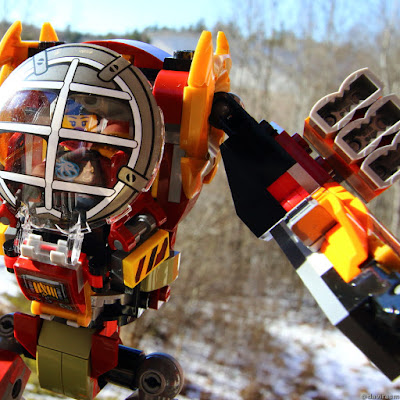 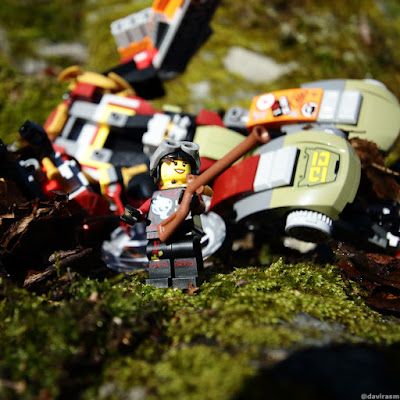